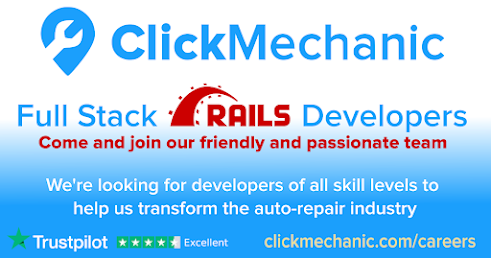 Ideally we're looking in the UK, as we love a party! 🍾

However, as a fully remote business we're open to people in other countries with similar time-zones.

You can apply at https://clickmechanic.com/careers, we'd love to hear from you!

Another lock-down cover version with Penny, this time we had a go at If I Fell by The Beatles.

Penny and I have been mucking about during lock-down again. This time doing our take on an eighties classic rock ballad 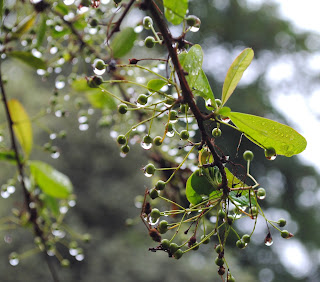 Well, summer's over and the nights are drawing in.  I've enjoyed spending the holidays with the children, but now they're back at school it's time for me to get back to work.

I'm looking for a new opportunity, either within an hour commute of Poole, or remote working.

I'm a full-stack agile developer working in Java and Ruby with plenty of front-end JavaScript experience and a deep understanding of Linux based deployment platforms including AWS. I believe that dev-ops is critical to smooth delivery and have experience setting up an automated containerised deployment pipeline.

Although I'm happiest as a hands on developer, I've been coaching and managing Extreme Programming teams for the last 7 years.

My ideal job would also utilise some of my non-coding skills such as graphic design, video and sound production, music and art, but I'm enthusiastic about any problem I can get my teeth into!

So if you have something that might be of interest, please message me on Linked-in or email me.
Posted by Kat at 10:05 No comments: 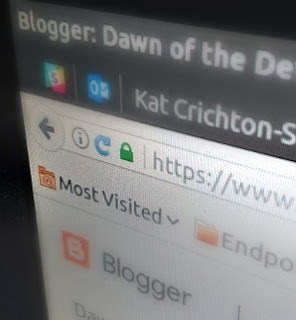 Breaking widely used encryption won't expose terrorists, it will just push them further underground into the "dark web" where their activities will be harder to track.  The only people who will suffer are peaceful civilians.
Posted by Kat at 05:07 No comments:

I run a MythTV PVR server on Arch Linux and have struggled to get mythfilldatabase running automatically as it's supposed to.

In the mythfilldatabase log file the error message was

Solution was to edit /usr/lib/systemd/system/mythbackend.service to add the following line under the [Service] section:

Which adds the Python path to the environment for mythbackend.  Now tv_grab_uk_rt works fine.
Posted by Kat at 07:42 2 comments:

Are We Nearly There Yet: The Agile Struggle

My four year old twins are sat in the back of the car, asking "Are we nearly there yet?"

This would seem a reasonable question, but the answer isn't the one they're looking for - we've only just turned out of the end of our street at the start of a three hour journey. So I encourage them to look out of the window and tell me what they can see and soon they're enjoying spotting ponies in the New Forest.

At work, people sometimes ask "How agile are we?"... essentially "Are we nearly there yet?", but agile is a journey not a destination. Agile is a set of ideas that help you with the steps along the way, not a fixed state to be attained.

Even the project you're working on usually won't come to a deliberate fixed end. There may be a short period of bootstrapping to get to an MVP, followed by a much longer period of iterative improvements. The end is most likely a decommissioning of servers that have become irrelevant; a whimper rather than a bang.

A philosophy is not a way of reaching death as efficiently as possible, it's a way of getting the most value out of the life you live.

Don't be disheartened if your agile practice doesn't seem to be going smoothly. Agility requires a constantly self-doubting critical eye that doesn't accept the status quo and questions everything. If, day to day, you don't have disputes about the right way to do things, then you're probably not working in an agile team. When the process becomes static, you may have a simple life, but you really aren't delivering the best value to the business or yourself.

You will never reach agile nirvana, but you may find enlightenment and a sense of tranquillity along the way, because the way you handle the bumps on the winding road makes them seem flatter and the curves smoother.